The main functions of Population Census Wing are as under:

1. Planning and execution of decennial Population & Housing Census.
2. Processing and dissemination of data in the form of Census Reports.
3. Analysis of census data and demographic research.
4. Evaluation of census results.
5. Intercensal sample studies/surveys in related areas.
6. Supply of census data to the data users.
7. Tabulation of data to meet specific demand of data users.

Pakistan has a long history of Census taking and the first regular Population Census in the area now comprising Pakistan was held in 1881. Since then regular censuses have been conducted after every ten years in the year ending at one. After independence, the first census of Pakistan was conducted in 1951, the second in 1961 while the third census was held in 1972 instead of 1971 due to political environment in the country and war with India. The fourth census was held in March 1981 and fifth one which was due in 1991 could be held in March, 1998 due to specific circumstances.

There are two approaches of census enumeration:
(a) De-jure – in which persons are counted at their usual place of residence and
(b) De-fecto– in which persons are counted where they are found on the census data. In 1998 census both the approaches were applied simultaneously during enumeration, but the data was tabulated and published on de-jure basis for comparability of data over time.

Legality for the Census

The Census (Population & Housing) is a Federal subject as listed at Sl. NO. 38 of Federal Legislation list, Part-1, Fourth Schedule, Constitution of Pakistan. The seats in the National Assembly are allocated to each Province/FATA and Federal Territory on the basis of the population in accordance with the last preceding census officially published under Article-51(3) of the Constitution. Further, distribution of funds between the Federation and the Provinces are made through National Finance Commission. Article-160(2) speaks about the formation of the National Finance Commission which also uses census figures. The quota for recruitment to Federal posts is also worked out on the basis of population ratios as given by the census. Establishment Division’s O.M. No. 8/9/72, TRV, dated 31st August, 1973, refers in this regard. First 5 censuses were undertaken with the legal cover of Census Ordinance, 1959 amended from time to time. The 6th Population and Housing Census will be conducted under the legal cover of General Statistics (Re-organization) Act, 2011. 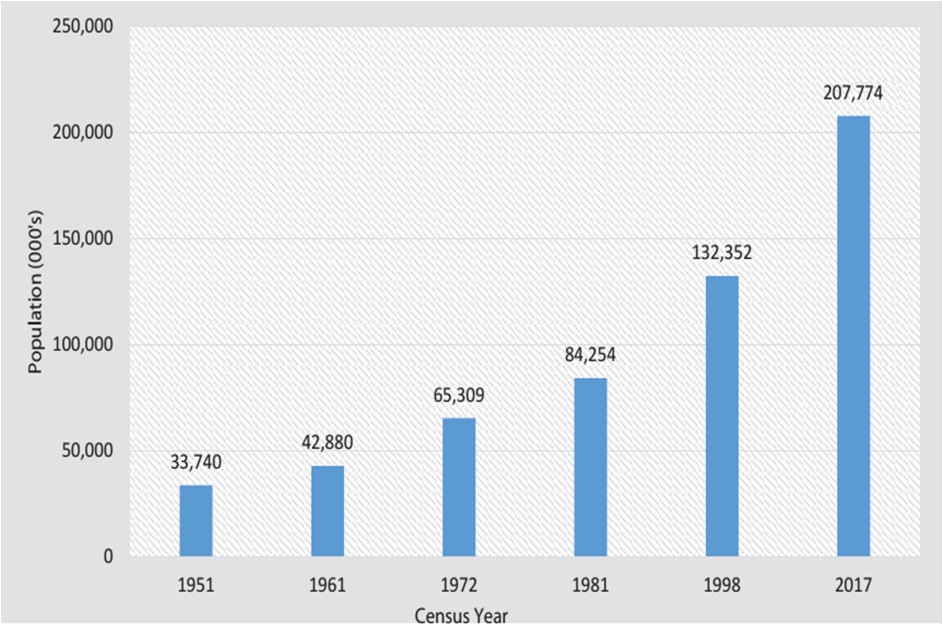